This is Kamy Bruder here, and I will be playing the role of Clyde in feature film Insite by Rainy Day Entertainment.

Clyde is a superhero with amazing powers and he takes it upon himself to save the world against primarily blonde Zombie robots who speak a strange language (Finnish I think). Oh wait, wrong movie. Let me start over. 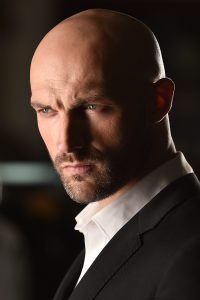 As I was saying, this is Kamy here. I am a man of a few words with the occasional brilliant joke (usually of poor taste, probably offensive as well, but don’t take me too seriously). Jere – our director – basically put a gun to my head and said: kirjoita blogi tai kuolet , which essentially means in English: write a blog and we’ll give you a raise. At that exact moment, sweat dripping down my face, I knew I’d be in good company in Finland. See, usually I’m the one doing the intimidation tactics, but please understand, Jere here, being a descendant of big foot himself and standing before me at a mere 7 feet 3 inches tall, had the upper hand this time. I found my match.

Flashback. I raced professional motocross for long time. I started riding when I was a kid. My dad was a motorcycle store owner most of his life, so it was natural for him to put my brother and I on bikes at a young age. I raced until I was about 21 years old. I raced in Europe, I raced in the US, and there was nothing I wanted to do more in my life than racing, so it was hard to quit. The only other thing I could see myself doing in my life was acting. My mom always wanted me to be an actor, I know she’s happy! But it wasn’t that easy. I joined an acting conservatory after I quit racing in my hometown of Santa Monica, CA (just kidding, I grew up in villages and small towns in beautiful Alsace – proud peasant status here!). I trained with famed teacher Tom Todoroff for about 2 years before I also put a stop to that for a few years. Don’t ask why, I was young. I became a wellness director for a rehab center, doing good work to help people in recovery better their lives (pat on the back). But eventually it caught up to me – I wasn’t pursuing my passion, I wasn’t living the life I had always imagined for myself. So finally I found the courage to become the stripper I always knew I could be. I mean, the actor I always knew I could be, ignore that last sentence (Jere put the gun down, please!!). I was 29 years old when I got back in the game. I’m 32 now, do the math.

The last 3 years have been nothing short of amazing for me. It’s all hard work, sacrifice and constant hustle, but it is also some of the most gratifying work I’ve ever done. I’m grateful. I get to travel for acting. I filmed in Alaska, South Africa, Texas, Arizona, Northern California, Lake Arrowhead, San Diego, Palm Springs and now I’m about to embark on another adventure to Finland!

I was called in to audition for the role of Clyde in 2018. Jere and his team came to LA to hold auditions. I’d been given about 14hrs before my call – a LOAD of sides (had to be close to an 8 page monologue) and I remember specifically thinking there’s no chance I’ll be off book with this one. You learn as an actor to give 100% of yourself for the time you’re given in the room and then it’s best to let it go. There are so many factors that work in your favor but also against you so it’s always hard to gauge how things really went in the audition room. I can say now that it must have gone well (maybe it’s the chokehold I put the director in while I was reading.. but hey whatever it takes right?). Here we are now about a year later, and I’m so pleased with this entire experience. Jere and his team have been nothing short of amazing. They cast some awesome, talented actors I’ll get to play with, and they’ve also written an amazing script (Jere, put the gun down now come on I mean this). Now it’s time to bring it to life.

Ps: I honestly think Clyde is the good guy in this film. 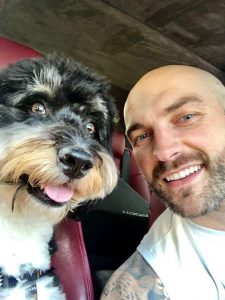